Like Lyerly, Menlo replaced another once-thriving town when the railroad bypassed previously bustling Alpine. In 1891, the Chattanooga Southern Railway was built and passed through the area near the property of Captain Andrew J. Lawrence. Captain Lawrence, a Confederate Veteran, is considered the father of Menlo. He and his estate donated the land for most of the town’s schools and churches—with particular attention to those for African American citizens. Near the center of the town, Lawrence Park was given to Menlo in 1915. Captain Lawrence held inventor Thomas A. Edison in very high esteem, thus the town was named for Edison’s home and laboratory at Menlo Park, New Jersey . 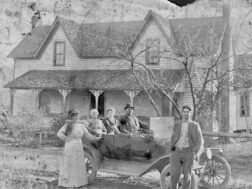 THe Claude Baker Home near Menlo

The Major’s home outside of Menlo 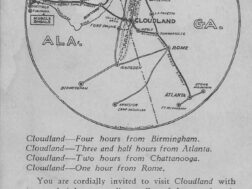 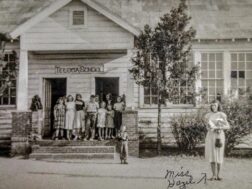 Teacher Blanche Toles in front of the Teloga School 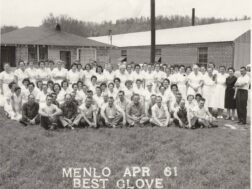 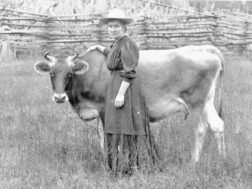 Anna O’Bannon does not look too happy on their farm near Menlo circa 1900
See more Menlo photos...